With its dramatic coastline and spectacular views, it’s no surprise that La Jolla was one of the first San Diego neighborhoods to be settled, and has since become some of the most prized real estate in the nation. Surrounded on three sides by the sea and backed by the steep slopes of Mt. Soledad, La Jolla has a mediterranean feel and enjoys a unique microclimate which rarely drops below 50 degrees or exceeds 90 degrees.

The bustling business district offers one-of-a-kind boutiques, art galleries and restaurants, and the surrounding residential community is a charming mix of turn-of-the-century Spanish architecture, eccentric modern designs and everything in-between.

La Jolla’s big draw, for locals and tourists alike, is the sea. In the summer and autumn months, the surf is relatively gentle, the water warms into the 70s, and the beaches at La Jolla Shores, The Cove and Windansea are busy with swimmers, scuba divers and surfers. In the Winter and Spring, the coast takes on an ominous mood with billowing fogs and powerful winter surf crashing on the rocks.

Start with a scenic drive or stroll along Coast Blvd. At the north end, just off Prospect St., you’ll find a dirt path leading to the top of Deadman’s Bluff, or you can descend a tunnel in the basement of the old Curio Shop to visit Sunny Jim’s Cave. Here you’ll find a variety of native sea birds nesting on the cliffs and sea lions sunning on the rocks below. Next is La Jolla Cove, a protected marine sanctuary with an idyllic crescent of beach sheltered from all but the worst of winter storms. The Cove is the best place in town for a safe swim or snorkeling. Continuing south you’ll pass through the grassy Scripps Park—staging area for family picnics, Fourth of July fireworks and free summer concerts. Around the corner is the Children’s Pool, a man-made beach protected by a sea wall. Here, and on the rocks just offshore, you can observe the California gray seals that make the pool their home. From December to March, you’ll also have a good chance of spotting California gray whales spouting just beyond the kelp beds during their annual migration from Alaska to Mexico. Finally, if you hit it on a good low tide, you can explore the tide pools at Hospital Reef, just south of the Children’s Pool.

When you’re finished with your tour of the coast, head one block inland and you’ll find yourself back on Prospect Street. Returning north again, you’ll pass the La Jolla Museum of Contemporary Art (858-454-3541), a popular public playground for children, and several of San Diego’s most beautiful churches. Soon you’ll arrive at the main business district, continuing for several blocks along Prospect and down the side streets of Fay, Girard, and Herschel. Here you’ll find the romantic old-world hotels, gourmet restaurants and upscale shops for which La Jolla is famous.

But there’s more to La Jolla than reefs and restaurants. Don’t miss La Jolla Shores, with its family-friendly sand beaches and Stephen Birch Aquarium (858-534-3474). To the south are the world-renowned surfing beaches around Windansea and Bird Rock. To the north are Blacks Beach— where you can watch the hang gliders soar above the cliffs as nude sunbathers let it all hang out on the beach below—and Torrey Pines with its great hiking trails and world famous public golf course. Adjacent to these natural wonders are state-of-the-art high-tech businesses and research facilities centered around the burgeoning University of California, San Diego Campus. Continuing inland you’ll enter the Golden Triangle region of La Jolla, an energetic and contemporary community of high-rise office buildings, high-density housing developments and high-end shopping malls.

Inside tips
Every season is the best time of year for a visit to La Jolla; watching the winter surf crash against your window at The Marine Room Restaurant can be just as rewarding for some as a summer picnic on the beach is for others. Not surprisingly, the busiest season is June thru August, when the population swells, hotels sell out and parking is scarce. The nicest weather typically arrives in September, just as the crowds thin, and lasts well into December. There are fireworks at the Cove on the Fourth of July and a holiday parade on Girard Avenue in early December. An open-air market is held every Sunday at the La Jolla Elementary School.

For accommodations, you can opt for the old-world luxury of the historic La Valencia Hotel in the heart of La Jolla’s Prospect Street shopping district, or from among several moderately-priced bed & breakfast inns by the beach on Coast Boulevard. Other lodging options can be found in the Shores at Hotel La Jolla and The Sea Lodge, The Inn At Torrey Pines, and just off the Freeways in the Golden Triangle area. Inexpensive family-style motels can be found on La Jolla Boulevard heading south into Bird Rock. With award-winning restaurants like George’s and Top of the Cove, Prospect Street is ground zero for fine-dining, but don’t overlook the excellent options in Bird Rock and the Shores. The most popular offerings are fresh seafood and Mexican cuisine, but you can find anything from scrambled eggs to sushi among the many and varied eateries throughout La Jolla. What you won’t find here is nightlife; the whole town pretty much goes to sleep by midnight. If you are looking for a party, head to Pacific Beach or downtown San Diego. Shopping in La Jolla tends toward the unusual and upscale: designer fashions, expensive jewelry, ethnic artifacts, priceless antiques, oriental rugs and exotic cars. For more practical fare, try the malls at La Jolla Village Square and University Towne Center.

The adventurous will find plenty to excite them at La Jolla Shores, where dive gear, kayak tours and surfing lessons are available from the shops on Avenida De La Playa, and at the Torrey Pines Gliderport (858-452-9858) where you can fly tandem (with a professional pilot) or solo (with the appropriate credentials). Golf enthusiasts can enjoy a round at Torrey Pines (619-570-1234) or watch their favorite pros in action during the annual PGA stop in February, while tennis players will like the competitive scene at the La Jolla Recreation Center on Draper Street (858-454-4434).

From the South and East: Take the La Jolla Parkway exit west where it meets Torrey Pines Road to La Jolla Shores Drive and Prospect Street. 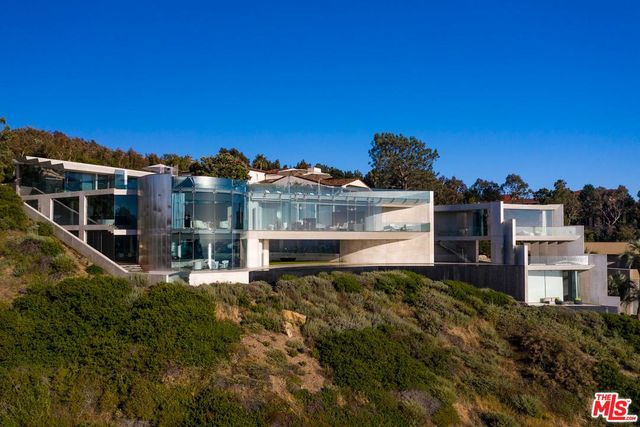 This information is deemed reliable but not guaranteed. You should rely on this information only to decide whether or not to further investigate a particular property. BEFORE MAKING ANY OTHER DECISION, YOU SHOULD PERSONALLY INVESTIGATE THE FACTS (e.g. square footage and lot size) with the assistance of an appropriate professional. You may use this information only to identify properties you may be interested in investigating further. All uses except for personal, non-commercial use in accordance with the foregoing purpose are prohibited. Redistribution or copying of this information, any photographs or video tours is strictly prohibited. This information is derived from the Internet Data Exchange (IDX) service provided by Sandicor®. Displayed property listings may be held by a brokerage firm other than the broker and/or agent responsible for this display. The information and any photographs and video tours and the compilation from which they are derived protected by copyright. A Compilation ©2020 Sandicor®, Inc.

FOR SALES AND GENERAL INQUIRIES

For pricing, information or , please fill out the info below. We can also set up site visits, a presentation in person or Online, no matter where you are in the world.

Use the draw button to select the desired geographical area